Discover The Simple Way to Score Over 1100 Points On Offense 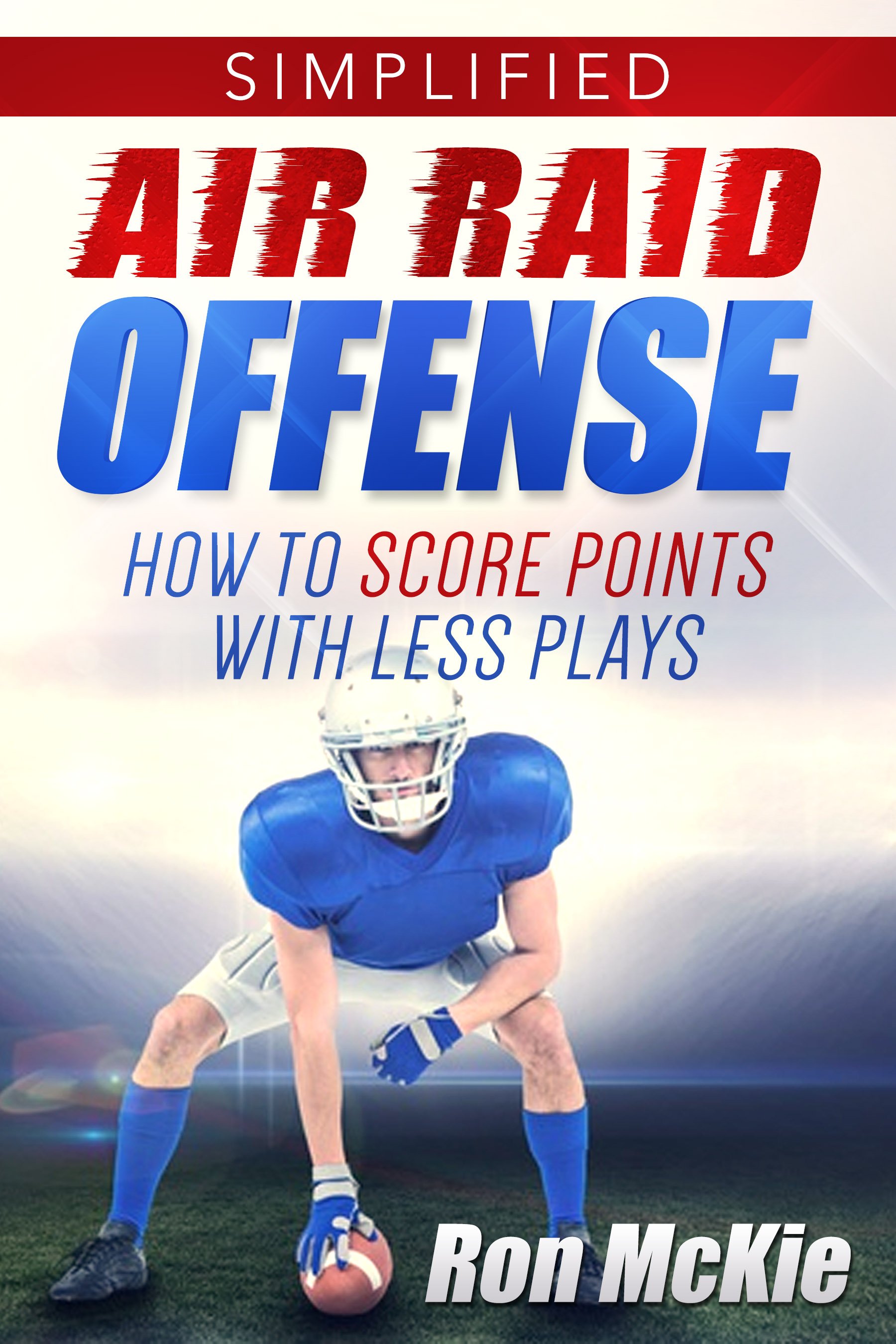 The Air Raid Offense is the best offense in all of football.

...and setting the football world on fire.

But my kids were struggling with the offense.

Not because it was hard.

But because they've never thrown the ball before.

See, the place I was at had been a historic Wing-T school.

For 23 years they got under center...

...and handed the ball off.

And the kids were starting to hate it.

They didn't see that style of offense on Saturday and Sunday.

They didn't like getting yelled at during practice because they didn't want to beat up on one another.

They didn't want to throw the ball one time every five games.

They were sick of playing 1800's version of football...

...and wanted to run a 21st century offense.

An offense that got them excited to practice...

...an offense that could score at any moment...

...an offense that got the ball to play makers in space.

That's why the Head Coach decided to go out and hire a coach who knew the Air Raid Offense.

Because he knew that's what it takes to get great on offense.

And that's how I came to the school.

But there was a problem.

The kids didn't understand the offense.

Not because they weren't smart.

But because they never played in the Air Raid Offense before.

So everything was new for them.

So something had to change.

I had to simplify the Air Raid Offense even further.

Because I knew this offense was unstoppable...

...I just had to boil it down to the basics.

And that's what I did.

I took the Air Raid Offense and boiled it down to it's core plays.

These core plays helped increase our scoring by 242% and our wins by 83 percent.

All while cutting our playbook in half.

And I want to  share this offense with you. 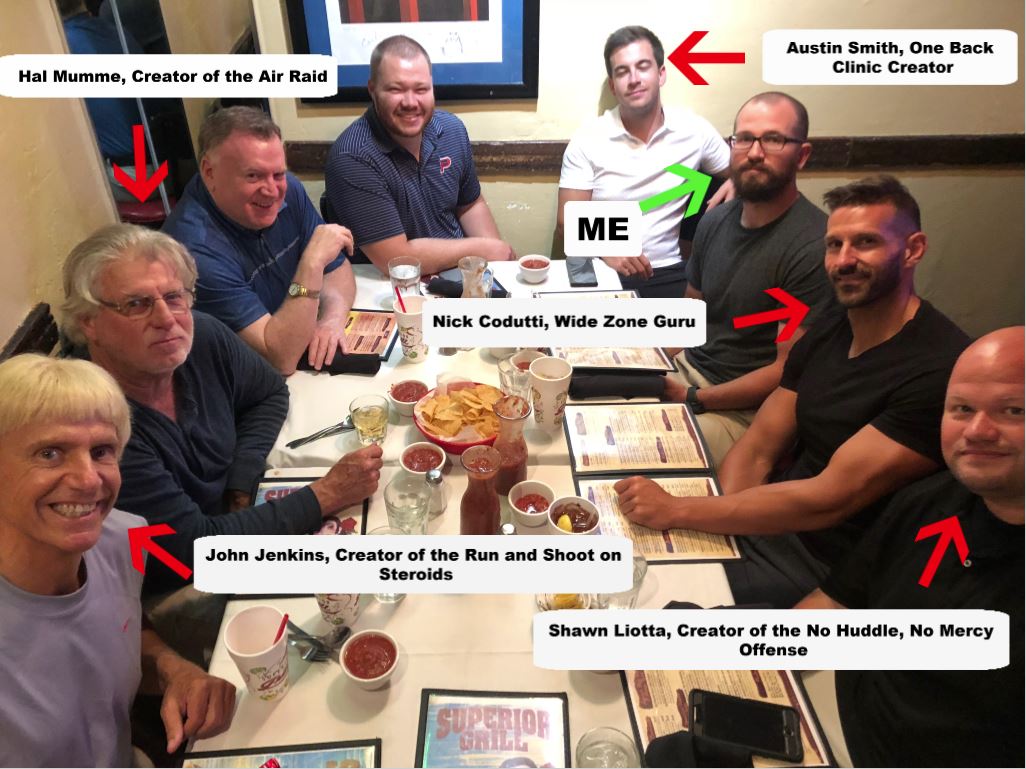 Me fixing to give my presentation for the Chiefpigskin Online Clinic. Me and the creator of the R4 System Dub Maddox. (Please excuse the face. I was freaking excited to finally meet the man.)

Me and Air Raid Guru Drew Piscopo during a Live Coaching Clinic.

Here's what you're gonna learn in this book:

Introduction:  Why You Want to Simplify the Air Raid Offense

Communication the Play, Formation, and Snap Count  - Discover the easiest way to get everything in to  your players so they can play fast.

How to Run God's Play - The Inside Zone Run Scheme - Finally learn how to stop worrying what the defense is trying to do because you will always be able to block them.

Let's Go Deep: Drop Back Game in the Simplified Air Raid Offense - Be able to throw the ball down the field while keeping the progressions super simple for your quarterback.

Pass Blocking: Protection Up Front So You Can Throw It Down the Field - You can't throw the ball down the field unless you're able to protect the quarterback.

Simplified Screen Game: Make the Defense Defend the Entire Wide of the Field - Make the fat defensive linemen run sideline to sideline with these simple screens.

Still Wondering if This Book is for you? Here's a Story for you...

Let me introduce myself. My name is Coach Ron McKie and I am an offensive coordinator at a small school in South Carolina.

[HUMBLE BRAG] My popular YouTube Channel and Podcast have allowed me to pick the brains of the most innovated football coaches across the country and use that knowledge to score a ton of points. I've also taught that knowledge to thousands of coaches around world to help them to help their offense explode in productivity.

See, when I first got my offensive coordinator position I wanted to do it all...

...every scheme I noticed on Sundays...

...every scheme I saw on Twitter/Instagram/Facebook.

And my playbook was going faster than Pinocchio's nose.

I knew I had to do something because my players were getting confused.

And when your players get confused...

So what did I do? 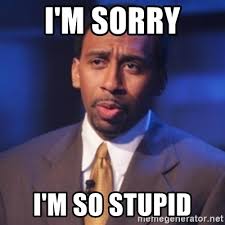 I was trying to find the 'magical' play that could change our offensive woes.

Or the 'magical' formation that would cause the defense to lose their mind and give me the 'perfect' match-up.

I was trying everything.

Long story short, I was starting to lose my mind. And I noticed a pattern when I asked other coaches online what I needed to do...

That was their answer to my offensive problems.

Yet, their offenses were having the same problems.

Then something crazy happened.

I stumbled upon a book called The 80/20 Principle.

And it changed our entire offense.

See, the 80/20 Principle is a fundamental LAW in life.

The basic gist of the rule is this...80% of the results come from 20% of your activities.

Here are some examples of the 80/20 Principle:

This LAW smacked me on the side of the head like a freshly cooked ham.

It made SENSE to me.

So I decided to go AGAINST the grain...

...to start eliminating plays from my playbook...

...to boil down my offense to the core set of plays that got me the best results.

And the results speak for themselves: 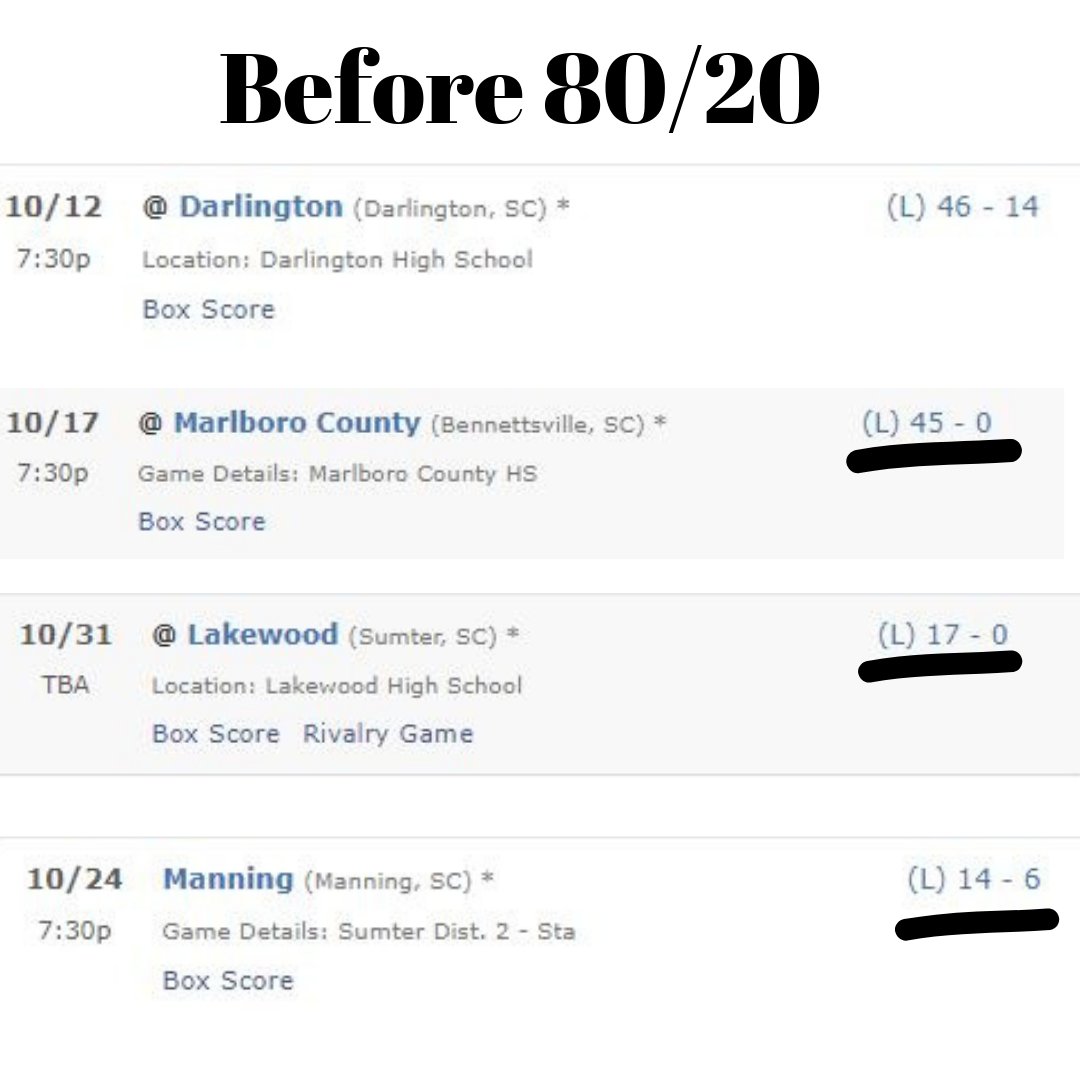 Using the 80/20 Principle helped me simplify my offense and let my players play at a higher level.

Now they weren't worried about remembering a bunch of different plays, formations, shifts, and motions.

They could instead focus on perfecting their craft:

Our players where able to do all of those things because they "Embraced the Boredom" and started becoming a master at the offense.

WARNING: This Book is NOT a glorified Power Point Presentation

Every football coach 'goo-roo' on social media as a book out that claims to be the best book in all of football.

But when you start to read it you realize it's nothing but a glorified playbook.

This book ISN'T a collection of plays drawn up in Power Point and sold because I want to seem 'cool'.

This book gives you the 'Why' behind each play.

Teaches you the EXACT coaching points for every position.

Gives you the TAGS you need to run when defenses try to over adjust.

This book is full of actual things YOU NEED in order to be successful.

Because I want you to stop being afraid of throwing the ball...

...to stop stuffing your playbook with random plays you see on Saturdays and Sundays...

...and to stop going scoreless on game day.

WHAT PEOPLE ARE SAYING ABOUT COACH RON MCKIE 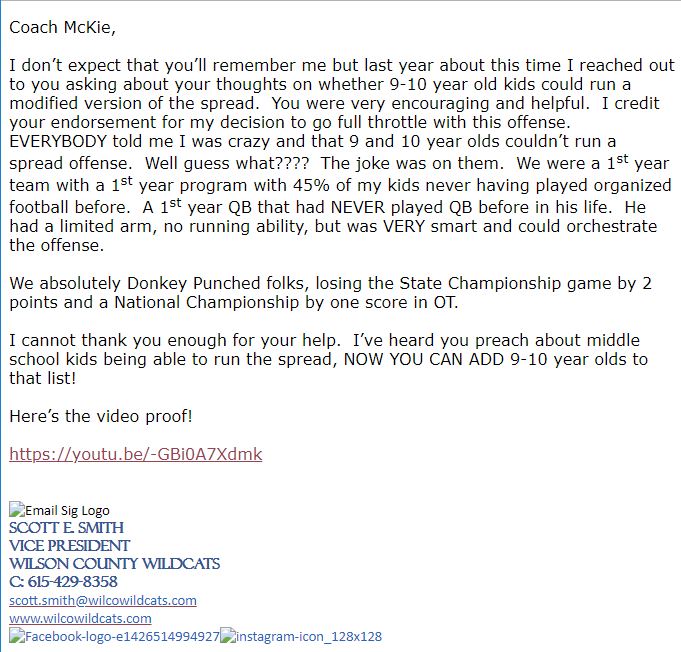 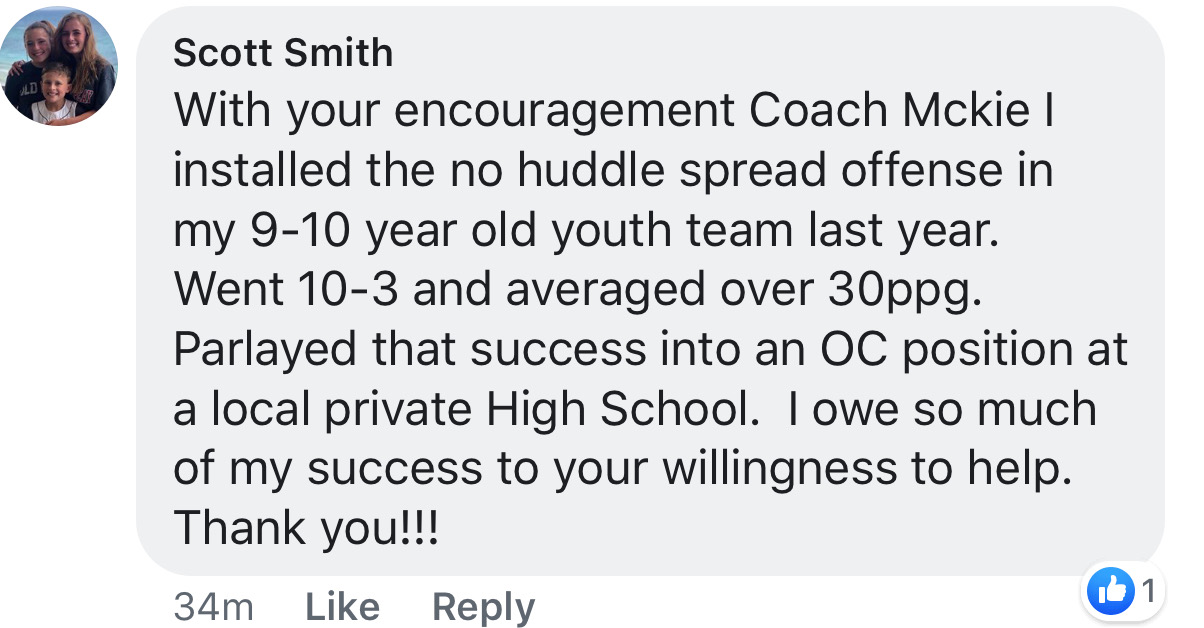