In this episode of Talking Football with Coach McKie, I interview Coach Slade Singleton. Some of ya’ll know who Coach Singleton is because you follow him on Twitter, or have seen him on my latest Live Stream.

You can get in touch with Coach Slade Singleton here: Don’t let this coverage scare you.

In this episode of the Talking Football with Coach McKie Podcast, I talk about how you can make teams pay for going Cover 0 and Cover 1 against you. Most Spread teams struggle when teams get in their face and go Cover 0 and/or Cover 1. Why?

Because of the mindset. You have to get excited when teams go Cover 0 and/or Cover 1. You must instill that mindset into your players. And you must have a list of plays you go to when you see man. It’s that easy.

What plays should you use? Crossing routes and pick routes. What kind of crossing routes? Mesh and shallow cross. Those two routes are a must if you want to defeat man coverage.

Then you must use motion. Quick motion with the wide receiver and fast motion with the running back. Get the defense to move with you. If they don’t then you have the advantage.

Last, you must use formations. I love Stack and Bunch formations. Gets the defense confused and usually allows one of your guys to come free. Who’s ready for some more football talk? I know I am. That’s why I created the Talking Football with Coach McKie Podcast. This podcast will cover everything dealing with Football. I want to get more in-depth with the great game of football and this is a way to do it.

Hopefully, you’ll like it. I will be uploading an episode every Tuesday. Please rate and review it to help get the word out. Thanks coaches. Until next week, let’s continue to Master the Spread, Score Points, and Have Fun.

The Sprint-Out Passing Game can help any offense. But what happens when the defense knows you are fixing to roll out? I go over my Top Three Variations of the Sprint Out game and how you can punish the defense. Coach Is Pissed Because He Bought Another Crappy DVD.

What happens if we spend 60 dollars and that highly rated Football Coaching DVD sucks? What if that presenter has a soft voice and covers the basics of a popular concept you wanted to get more knowledge in?

You’ll be out of 60 dollars and pissed the hell off.

But have no fear coaches. I’ve plucked down my wife’s hard earn dollars and I’m going to give you my Best Football Coaching DVDs. Learn From The Masters of the Air Raid Offense 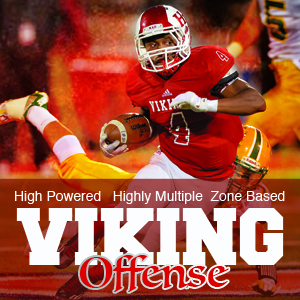 Learn How To Kill Opponents Only Running Inside Zone

Highly Multiple Zone-Based Offense
Have you ever thought to yourself, “Man, we’ve got too many running concepts in this offense? I wish we could simplify it and only run Inside Zone.”
You have?
Great news. Now you can simplify your run game to the Inside Zone by watching this Football Coaching DVD by Coach Craig Buzea. Coach Craig Buzea - who in 7 seasons as HC has produced a 65-18 record - tells you everything you need to know about the Inside Zone,  and how to run it with YOUR guys. That means this will work for you even if you don’t have the 6’4 350-pound offensive linemen.
The best thing about Coach Buzea’s Football Coaching DVD is the Inside Zone Tags - 14 of them - and how he pairs his play-action and vertical passing game with his Inside Zone.
This DVD is a must have if you want to get better at running the Inside Zone. One of the best Air Raid Offensive DVDs Beat Your Opponents To The Outside With This Football DVD

The Shotgun Fly Offense
Look, I understand if you want to run the Spread Offense but are afraid to throw the ball. Sometimes you won’t have a quarterback who can throw the ball. That’s fine. That doesn’t mean you can’t run the Spread Offense.
Instead, you should run Speed sweeps.
This Football Coaching DVD by Coach Kevin Swartwood walks you through the Fly - aka Jet Sweep - offense. It is amazing.
Story time: My starting quarterback got hurt. So I had to play my backup quarterback for next week’s game. Did I mention that the back-up was a Wide Reciever? No? Well, he was.
There was no way I was going to throw the ball 40 times a game with a Wide Receiver at quarterback. So I bought this DVD pack and installed the Jet Sweep like Coach Kevin Swartwood teaches it.
The Results? 230 yards rushing and 3 touchdowns. Not bad for 4 days worth of practice. Phillip Montgomery: Baylor Offense 2-Pack
Phillip Montogomery is destroying defenses as the Head Coach at Tulsa. This Football Coaching DVD shows you how he practices the plays that are tearing up the college football record books. I use these drills every day to get better at my running game - yes, I do like to run the ball from time to time - and the kids love them.
The most important drills he teaches are the Every Day Mesh Drill and the Shoot Drill he uses with his Tight End/H-Back. Unlocking the Air Raid DNA
This is a Football Coaching DVD that is found on Coach Tube and it is done by Slade Singleton. Most of you will know Coach Singleton as the man who was on my Air Raid Live Clinic. This Video Course is freaking amazing. Coach Singleton goes over how he runs his record-breaking offense and how he installs and teaches the offense. My favorite part about the Video Course is his breakdown of the Quarterback Sweep RPO. I’m totally stealing it for next year.
Use the COUPON Code CoachMcKie and save yourself some money.
Read more